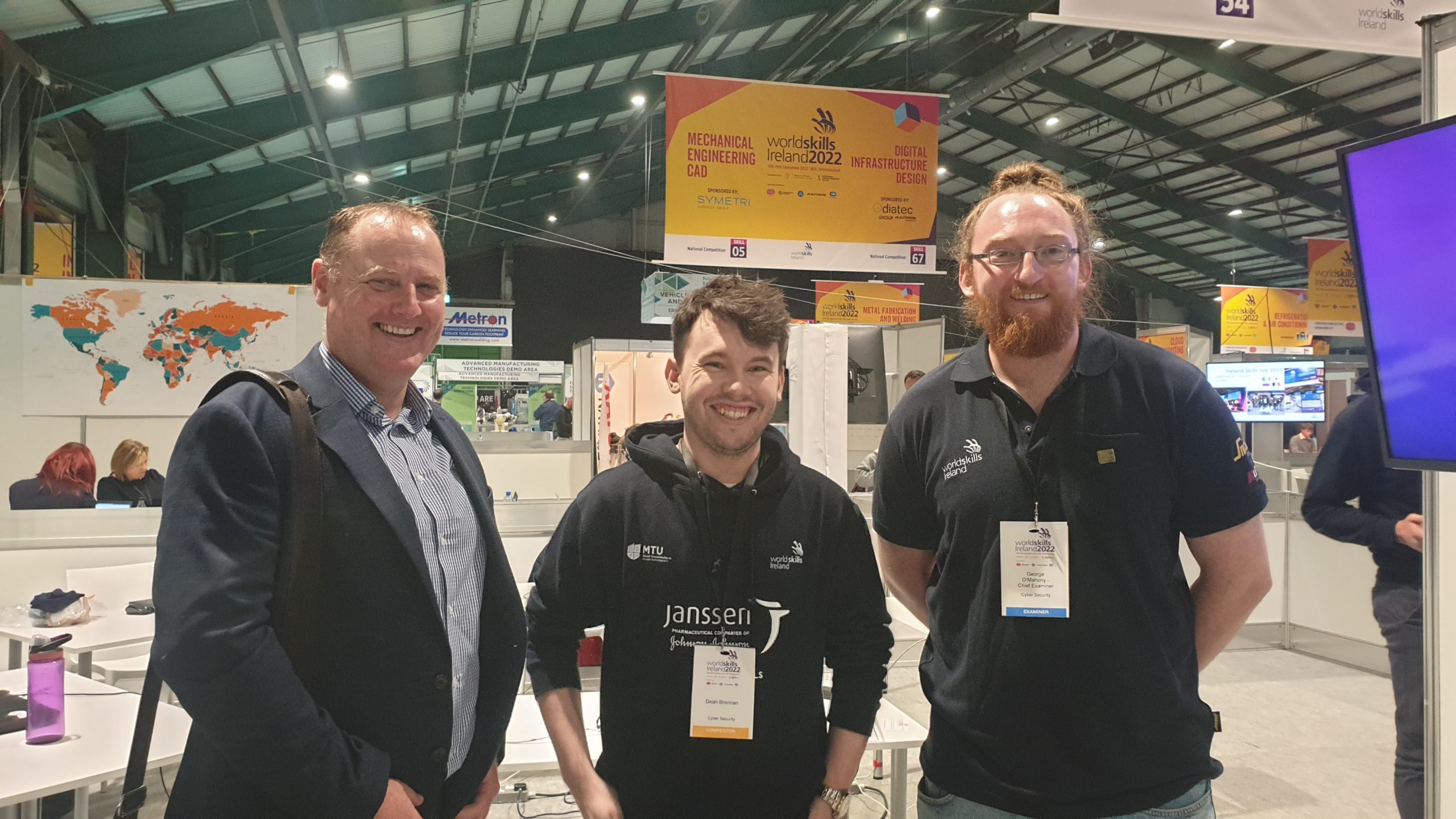 Cyber security debuted at the WorldSkills Ireland event which took place from September 13th – 15th at the RDS in Dublin.

WorldSkills Ireland is a partnership between enterprise, industry, education, training and government that raises the profile and recognition of skills and apprenticeships and prepares the talent of today for the careers of the future. WorldSkills involves students and young professionals across a range of industries battling it out for the coveted 2022 Silver Medal.

Over the course of 2022’s WorldSkills cyber security events in Ireland, which included two preliminary rounds, an online team selection in April and the in-person final in the RDS, a team of two has been selected to compete on the world stage.

The pair will be the first-ever Irish team to compete in the cyber security skill at the global WorldSkills competition special edition, which is to be held in Korea in October.

Janssen Sciences Ireland are sponsors of the new cybersecurity category, which allows Ireland to enter a team in the WorldSkills Final for the first time.