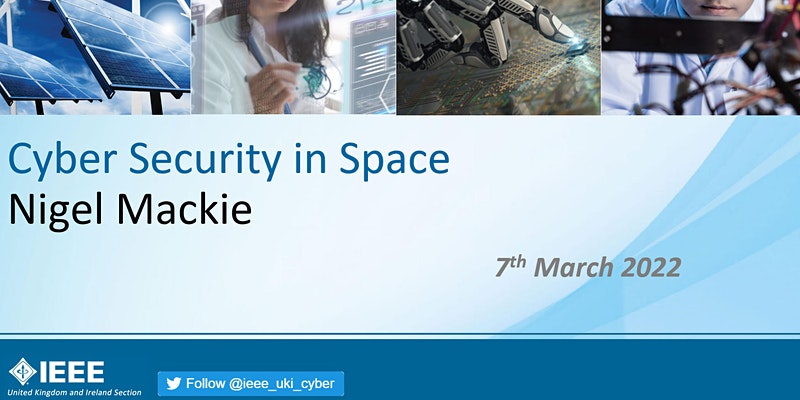 We are in a new era of space systems, more space systems have been launched in the last two years than mankind had achieved prior to that. Space is also congested, contested and competitive; where previously three major Governments were the only active players in space there are now over forty nations and the commercial sector dominates government activities.

Software has powered the Internet revolution but with it, we have attracted the vulnerability of these complex systems that are now routinely targeted for criminal activity as we see in the daily headlines about ransomware. How much more activity do we anticipate is going on behind the scene with nation-states seeking political, economic and military influence – the ‘unknown unknowns’.

The modern cyber security paradigm is Zero Trust Architectures (ZTA). Designed to overcome the shortcomings of our cyber defences with modern IT systems where the network perimeter security has not held back the rise of attacks.

Even this approach may not hold back the ‘Zero day’ attacks and the activities planning to influence critical infrastructure. Some argue that the convergence of Information Technology with Operational Technology (the control systems where the Internet interfaces with physical assets) is simply accelerating the assailant’s access to legacy and vulnerable infrastructure.

Together with the fact that space is now openly declared as the 5th military domain (Land, Sea, Air, Cyber and Space) and the fact that the attribution for cyberattacks on Earth is a major issue never mind in the intangibility of space we really do have the Perfect Storm.

Cyber Security in Space will cover these issues and propose potential cyber security solutions to help ensure these vulnerable space assets are as resilient as necessary to support our future dependence on space systems.

This site uses Akismet to reduce spam. Learn how your comment data is processed.