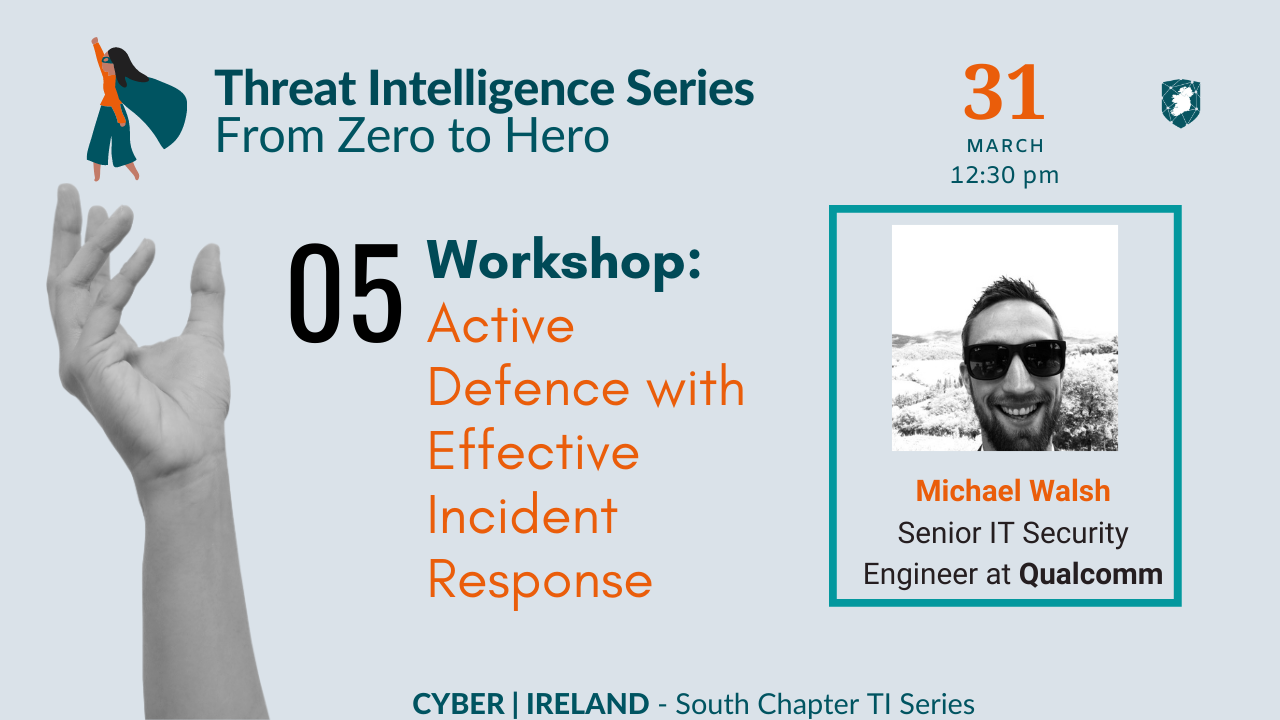 On the 30th March we were joined by Michael Walsh, Seniot IT Security Engineer at Qualcomm to talk us about “Active Defence with Effective Incident Response”:

“The hypothesis with the fewest number of assumptions is generally correct”

About the Speaker:
Michael Walsh, Senior IT Security Engineer at Qualcomm, is an active blue team member and heavily involved in Incident Response, Threat Intelligence and Investigation work. He is also involved in local security meet-ups such as OWASP and Cork|Sec.t

Do you want to be part of Ireland’s Cyber Security Cluster?
Check our Membership Page